The court has ruled that Caucusing will be allowed in Casinos as originally planned for the Nevada democratic primary, giving Barack Obama a huge boost in his effort to win that state. The Teachers Union has challenged the decision on the grounds that it was not fair to give Casino workers such easy access away from their districts while other workers won't have the same benefit, but the court has rejected that argument.

Look for Obama to win Nevada given his endorsement by the Culinary Workers union, a major political force in the state and in the key city of Las Vegas. 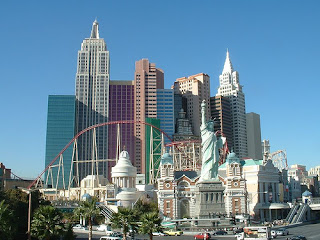 Posted by Joseph Hunkins at 4:14 PM No comments: