In a move that seems to have surprised almost everyone, John McCain has picked Alaska Governor Sarah Palin for his Vice Presidential running mate.

The announcement came this morning, strategically undermining a news day that otherwise would have been filled with Democratic Convention imagery making Barack Obama look as much like a rock star as a presidential candidate. The pick also is clearly an attempt to chip away at what appears to be Obama's weakness in appealing to some Hillary Clinton supporters. 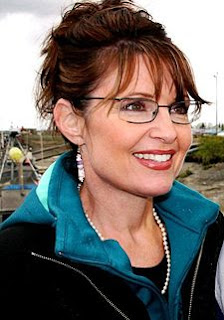 Palin is a conservative who is pro-life, favors drilling in Alaska (ironically McCain has opposed this but I think will change his position after the election), and is a strong advocate for gun rights.

The McCain campaign strategy here appears to be an attempt to please the conservative base - many of whom like Palin a lot for her outspoken and conservative ideas about Government - while also appealing to what appears to be a minor backlash among Democrats against Obama for not choosing Hillary Clinton as his running mate.

It's going to be very interesting watching the Biden - Palin debates, though I can't help but think Palin will struggle to show how she can match Biden's foreign policy and military experience. Biden will be hard to swiftboat given his affable nature and non-confrontatational history in the Senate, where Palin's youth, experience, and good looks may hinder her ability to connect with voters.
Posted by Joseph Hunkins at 10:14 AM